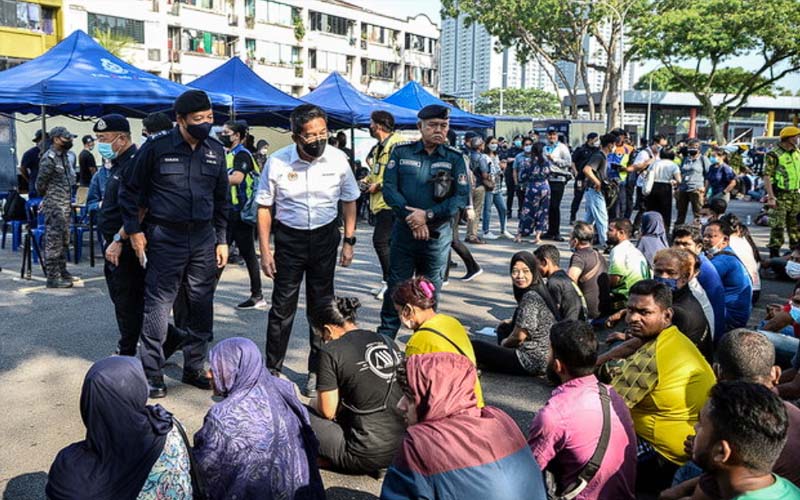 
KUALA LUMPUR: Eight Myanmar nationals suspected to have simply entered the nation illegally had been arrested in an built-in operation on the Kuala Lumpur wholesale market in Selayang this morning.

Kuala Lumpur deputy police chief Yahaya Othman mentioned a Malaysian man, believed to be the “tekong” who introduced within the migrants, was additionally nabbed within the operation jointly-conducted by the police, Kuala Lumpur Metropolis Corridor (DBKL), immigration division and the Nationwide Anti-Dadah Company.

“All the lads, aged between 20 and 40, had been arrested beneath Part 5 of the Anti-Trafficking in Individuals and Anti-Smuggling of Migrants Act 2007,” he instructed a press convention after the operation.

He mentioned 400 immigrants had been checked within the operation for drug abuse and gangsterism.

Jalaluddin mentioned his ministry, in collaboration with different enforcement businesses, would proceed to conduct operations to make sure enterprise premises within the metropolis adhered to their licensing situations.

“In at the moment’s operation, three enterprise premises on the wholesale market had been sealed for being rented out to and run by foreigners,” he mentioned.

He suggested merchants to not rent unlawful migrants or hire out their enterprise premises to them, saying DBKL would take agency motion towards anybody who breached their enterprise licence situations.