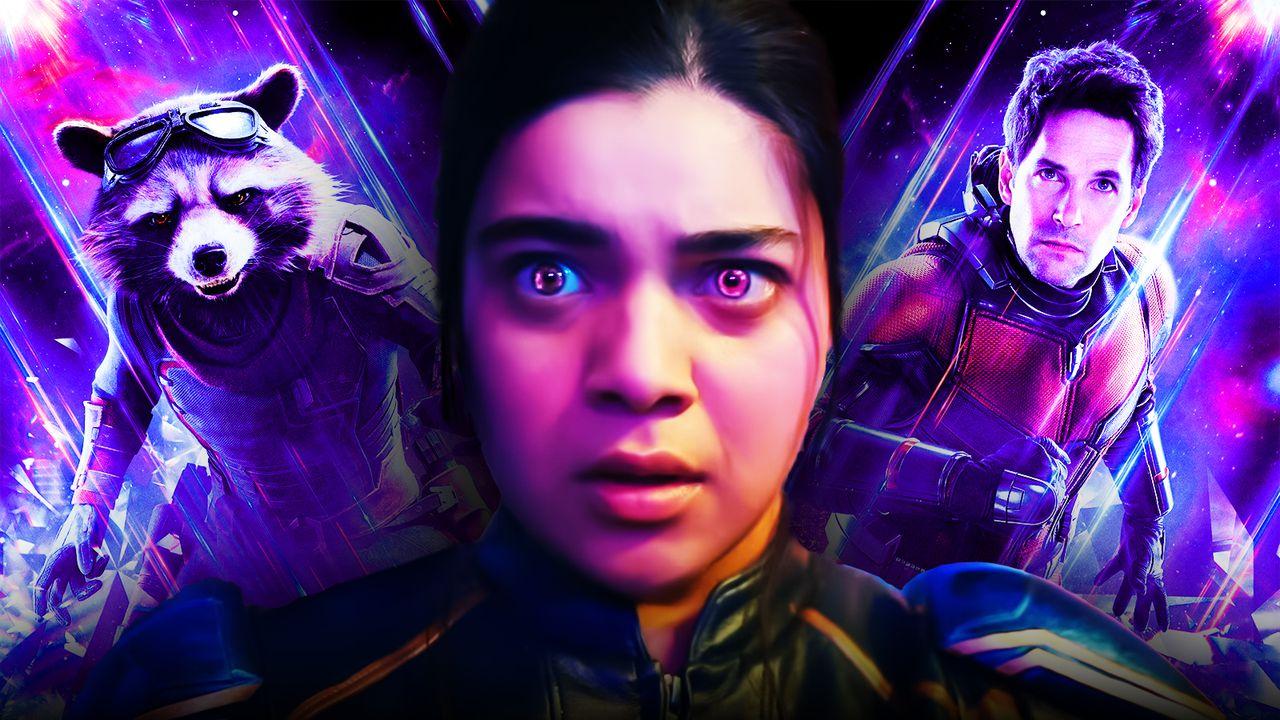 Ms. Marvel is ready to introduce a brand-new hero into the MCU, and he or she might be portrayed by newcomer Iman Vellani. The upcoming Disney+ sequence revolves round Kamala Khan, a Muslim Pakistani American high-schooler who transforms right into a superhero. Apart from that, Kamala can also be an enormous fan of the Avengers, with the present’s synopsis confirming that she’s a fanfiction author who covers Earth’s Mightiest Heroes.

Though Kamala is ready to hitch forces with Brie Larson’s Captain Marvel and Teyonah Parris’ Monica Rambeau in The Marvels, followers are nonetheless questioning if the younger hero will crew up with different heroes within the wider MCU. Nonetheless, Ms. Marvel‘s trailer featured tons of references to different heroes similar to Paul Rudd’s Ant-Man and the Guardians’ Rocket Racoon.

Ms. Marvel producer Sana Amanat sat down with Whole Movie, by way of GamesRadar, to speak in regards to the MCU way forward for Iman Vellani’s Kamala Khan.

Amanat first in contrast Kamala to Peter Parker or Miles Morales, describing the character as a “fan of the bigwigs of the Marvel universe” whereas additionally declaring that she will stand toe-to-toe with the Avengers:

“She’s this younger character who could be very a lot a fan of the bigwigs of the Marvel Universe just like the Avengers, and he or she doesn’t really feel mandatory like she will stand toe to toe with them. However I believe, in the end, she will, and he or she does.”

The Marvel producer then provided excessive reward for Vellani, saying that the MCU newcomer had this “power, this innocence, and this quirkiness to her:”

“She simply had this power, and this innocence, and this quirkiness to her. In one among her auditions, she actually went from being very nerdy and quirky, to emotional and virtually like she had this understanding of a world that somebody past her years ought to have.”

Alongside the reveal, Whole Movie additionally unveiled a brand new nonetheless from the upcoming Marvel sequence, showcasing Vellani’s Kamala Khan holding her masks earlier than she fits up because the titular hero:

Will Kamala Be a part of Avengers 5?

Kamala Khan’s stint in The Marvels seems to trace that the character’s debut within the Avengers roster might arrive sooner somewhat than later.

Sana Amanat’s remark about Kamala’s need to be an Avenger is deeply rooted within the comics, and the identical is true for the MCU’s live-action iteration. Each time Kamala meets Earth’s Mightiest Heroes, there is a robust likelihood that the character can have a fangirl second whereas additionally proving that she will combat alongside them.

Whereas this character arc might be much like how Tom Holland’s Peter Parker was showcased in the course of the Infinity Saga, the MCU is infamous for locating methods to make every hero stand out from the remaining, which means that Kamala’s journey within the franchise might be distinctive.

In the meantime, Amanat’s reward of the actress is thrilling, contemplating that that is her first main appearing function. Iman Vellani’s ardour for the MCU serves as an asset transferring ahead, as she will simply join the dots of the interconnected universe.

Ms. Marvel is ready to premiere on Disney+ on Wednesday, June 8.